Firefox is more than a browser

Mozilla Firefox is a fast, light and tidy open source web browser. At its public launch in 2004 Mozilla Firefox was the first browser to challenge Microsoft Internet Explorer’s dominance. Since then, Mozilla Firefox has consistently featured in the top 3 most popular browsers globally and this is set to continue thanks to the release of Firefox 30. The key features that have made Mozilla Firefox so popular are the simple and effective UI, browser speed and strong security capabilities. The browser is particularly popular with developers thanks to its open source development and active community of advanced users.

Service as Soon as Today

Firefox is for everyone

Available in over 90 languages, and compatible with Windows, Mac and Linux machines, Firefox works no matter what you’re using or where you are. Make sure your operating system is up to date for the best experience. 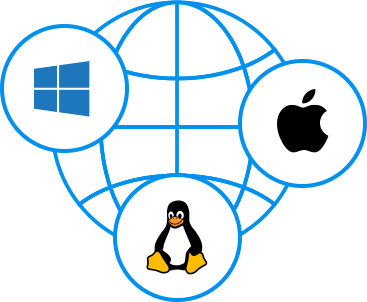 Is Mozilla Firefox better than Google?

In terms of memory and CPU utilization, Firefox is far better and utilizes few recourses compared with Google Chrome. However, in terms of rendering the web pages, Chrome sometimes out beat Firefox since it’s always in active mode and utilizes much CPU and RAM.

Is Firefox safe to install?

Firefox is always free. If you are ever asked to pay to download Firefox, it’s a scam. 2. The only way to be 100% sure you’re getting a legitimate version of Firefox is to download it from http://www.mozilla.org.

Each expert is hand-selected, background-checked and insured.

In-home service from 9am-9pm. Book in minutes for service as soon as today.

If you’re not 100% happy, we’ll do whatever it takes to make it right.

AdinWebs Home members save up to $20 on this service.